A. ought to have done B. have to do

When Robert Krauss was a boy, 50 years ago, his grandfather told him a story about two men walking down a street one cold winter’s day. One man babbled incessantly, while his companion, frigid hands stuffed in his pockets, merely nodded here and there. Finally, the talker asked, “Shmuel, why aren’t you saying anything?” To which the friend replied, “I forgot my gloves.”

As a boy , Krauss was hard put to understand how someone could be struck dumb by having his hands stilled . But now, as a professor of psychology at Columbia University, he has made the role of gestures in speech a focus of his research. When Krauss started, the conventional scientific wisdom was that gestures are a visual language that conveys meaning — a pointed finger means “you,” a hand brushed sideways means “over there.” But since some gestures, such as chopping the air in rhythm with one’s sentences, are clearly meaningless, there is an emerging consensus that gestures serve another function, says Krauss: “They help people retrieve elusive words from their memory .”

A slew of recent and upcoming papers pinpoint how talking with your hands can unlock what Krauss calls “lexical memory.” One study, for instance, finds that speakers gesture more when they try to define words that have a strong spatial component —- like “under” or “adjacent” — than when defining words that are more abstract, like “thought” or “evil” And doctors notice that stroke patients whose brain lesion impairs their ability to name objects gesture more, “as if they are trying everything they can to come up with a word,” says Krauss. Even people who don’t think they’re gesturing may be. Krauss attached electrodes to people’s arms to measure the activation of their muscles — a little clench that doesn’t blossom into a full gesture. Then he asked them to come up with words that fit a definition he supplied. “You get more muscle activation when you try to access a word like ‘castanets”, which has a connotation of movement, than when you try to access an abstract word like ‘mercy’, he found.

If gesticulating is like wielding a key to the door of lexical memory, then someone who can’t use his hands should have more trouble unlocking the door. That is just what a new study in the American Journal of Psychology finds. In the experiment, volunteers held onto a bar to keep their hands still; when Donna Frick-Horbury of Appalachian State University in North Carolina read them definitions (“an ancient instrument used for calculations”) the subjects more often failed to think of the word (“abacus”), or took longer to do it, than when they could gesture freely. “Many subjects would actually make motions of using an abacus before coming up with the word, ” says psychologist Robert Guttentag of the University of North Carolina at Greensboro, who oversaw the study.

Such findings provide a clue to how our word memory works. Many doors in the brain seem to open onto memories. Just as a whiff of turmeric may unleash a recollection of Grandma’s kitchen, so gesturing may open a door to a word with a spatial or movement connotation, says neuroscientist Brian Butterworth of University College, London. This theory “makes sense,” says memory expert Daniel Schacter of Harvard University, “because we know that the more elaborately a memory is encoded ” — with vision , smell and movement , for instance — “the easier it is to access . ”

Not everyone talks with his hands. At the extremes, some people gesture 40 times more than others, Krauss finds. An anthropology study in 1940s New York found that Italian and Jewish immigrants gestured a lot; Jews tended to keep their gestures small, while Italians were more expansive. Krauss suspects that the differences reflect the rhythmicity of languages: the more rhythmic, the more gestures. But something even more interesting may be going on “How much people gesture may reflect a difference in how they think,” says Krauss. “People who gesture a lot may conceptualize things in spatial terms. For instance, rather than thinking of ‘comprehension’ as a purely abstract concept, they may think of it as physically grasping something. And some people may conceive of ‘freedom’ not only as political, but also in more spatial terms”, such as “without boundaries,” which lends itself to gesture. The more an abstract word has physical counterparts, the more helpful gesturing would be. Next time you’re tongue-tied, then, try hand-waving .

1. According to the passage, the field that professor Krauss focuses on is ____.

Public image refers to how a company is viewed by its customers, suppliers, and stockholders, by the financial community, by the communities 1 it operates, and by federal and local governments. Public image is controllable 2 considerable extent, just as the product, price, place, and promotional efforts are.

A firm’s public image plays a vital role in the 3 of the firm and its products to employees, customers, and to such outsiders 4 stockholders, suppliers, creditors, government officials, as well as 5 special groups. With some things it is impossible to 6 all the diverse publics: for example, a new highly automated plant may meet the approval of creditors and stockholders, 7 it will undoubtedly find 8 from employees who see their jobs 9 .On the other hand, high quality products and service standards should bring almost complete approval, 10 low quality products and 11claims would be widely looked down upon.

A firm’s public image, if it is good, should be treasured and protected. It is a valuable 12 that usually is built up over a long and satisfying relationship of a firm with publics. If a firm has earned a quality image, this is not easily 13 or imitated by competitors. Such an image may enable a firm to 14 higher prices, to win the best distributors and dealers, to attract the best employees, to expect the most 15 creditor relationships and lowest borrowing costs. It should also allow the firm’s stock to command higher price-earnings 16 than other firms in the same industry with such a good reputation and public image.

A number of factors affect the public image of a corporation. 17 include physical 18 contacts of outsiders 19 company employees, product quality and dependability, prices 20 to competitors, customer service, the kind of advertising and the media and programs used, and the use of public relations and publicity.

palace and fortress. Today, it’s famous for its bloody history and

for being the place where the Crown Jewels are kept. But it has served

royal observatory or even the royal zoo. The site of the Tower was 3.____ originally part of the Roman city of Londinium.

of Britain, he ordered that a wooden castle built on the banks of 5.____ the river Thames. The purpose of this fortress was to help secure

London, the most important city in his view realm. Ten years later,

William had the fortress rebuild in stone, and created a great 6. ____

fortified palace with walls three meter thick. Today, this building 7.____ is known as the White Tower, and it stands in the centre of a much

larger stone fortress, which was built during later centuries. The

Tower now covers the area of seven hectares, and it stands near the 8.____ busy financial district of the capital. But, once inside the high stone

walls, it’s easy to forget the modern world outside and to take a

trip back through history. To help visitors explore, there are special

ceremonial guards, called Yeoman Warders. They are also known as

Beefeaters, and they are the best resource of information about the 9.____ Tower’s history. Nearly 40 Yeoman live and work in the Tower.

They are former soldiers have earned the privilege of serving as 10.____ Yeoman after long service.

A nation should require all of its students to study the same national curriculum until they enter college.

Write an essay of about 600 words. You should supply an appropriate title for your essay.

In the first part of your essay you should state clearly your main argument, and in the second part you should support your argument with appropriate details. In the last part you should bring what you have written to a natural conclusion or make a summary. 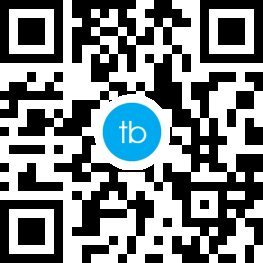